Wings clipped for the United Airlines – US Airways Merger 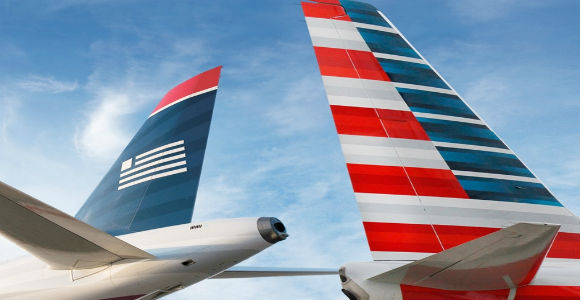 For almost a year, ever since announcing their intention to merge and become the world’s largest airline (admittedly they never promised to become the best), United Airlines and US Airways have behaved as though this was a fait accompli.  But the Justice Department saw things another way, forcing the two airlines to abandon their dream.

I shall remember for a long time the frustration I felt on June 11th in Washington DC’s Dulles Airport when, arriving from London on a delayed United Airlines flight, a number of stranded passengers were waiting in line with me, surrounded by banners hailing the advent of the world’s largest airlines, when late at night United Airlines only had one single person at ground staff to attempt to rebook those passengers that had missed their connections and who, like me, were offered no alternative other than to sleep on the airport’s benches.

United Airlines could not, for whatever reason, re-book me on an early flight on the next morning on US Airways, their future merger partner, and sent me to the other end of the terminal to negotiate a flight ticket there, but there was nobody at their desk.

And so maybe it is time to hold airlines to account and request that the service they provide to their customers resembles in some way the claims made in their advertising campaigns.  Clearly, the pressure on airlines to contain their costs is harsh, but reducing the competition between airlines on key routes would allow service levels to drop to unacceptable levels.  It was bad enough on the return transatlantic flight (delayed by four hours) to have to wait 50 minutes after take-off in business class before even being offered a beverage (most passengers including myself had fallen asleep well before any dinner was served).  The very kind and apologetic flight attendant was apologizing for the fact that there were only two of them to attend to a full business flight cabin…

Lack of competition in the airline industry can already be felt within some of the alliances, and the impact on fares for routes that are operated by several operators all belonging to one same alliance is already clear to see. Merging companies would only reinforce what is already an oligarchy when it comes to setting air fares.

The only measure that can effectively counteract a continuing fall in customer service standards is to maintain a healthy level of competition.  A big thank you to the Justice Department for having understood this and threatened legal action against United and US Airlines if they went ahead with their merger plan, in order to preserve what they called true market-driven competition.

Greater clarity regarding the merging of major airline operators

For many years, there was clear opposition against the merging of major airlines, but by 2006 it became clear that something had to change in the airline industry after some of the major players had collapsed.  This prompted the authorities and justice experimented a little in that field, allowing Continental to merge with United, Northwest to joint Delta, and US Airways to merge with American West.  But now, two of the above mentioned airlines turn up again for a second round of mergers and this has clearly prompted new thinking.  Breaking away from a trend which had been taken for granted, the Justice Department is now saying “enough is enough”.

Back to the drawing board

United Airlines have lost almost $ 1 billion since the merger deal was proposed last year.  US Airways is seeking ways to remain competitive in an increasingly competitive industry.  Further mergers between any of the top-top players are unlikely to be given the green light in the foreseeable future; so this means that the further consolidation of the industry will need to focus on sweeping up some of the small or medium sized players, and this is clearly the focus US Airways will be taking.

Loss-making United Airlines had probably best concentrate on fixing it’s own structure, costs and offering rather than add a further layer of complexity to the business by grafting on some other airlines onto its already ineffective business.  With little left to save on costs, it is surprising that no major airline in the United States has attempted to differentiate itself on service.  From my recent experiences with United Airlines, it would not take much to make flying with them a more pleasant experience than it is at the moment.  Probably not very costly to implement, and with a guaranteed noticeable impact for their customers.  This could be a good place to start.