Expedia : When Partnering Evolves Towards an Outright Take-Over

Paul J. Siegenthaler > Blog > Deals in the making > Expedia : When Partnering Evolves Towards an Outright Take-Over 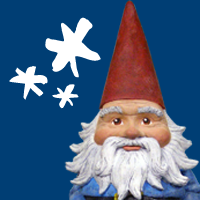 A giant eats the Roaming Gnome

With the news this month that Travelocity’s Roaming Gnome has become part of Expedia’s large portfolio of on-line travel companies, markets are now speculating whether this latest grouping will spark-off a domino effect across the on-line travel industry, and wonder what this will mean for all of us: the travellers.

Initially set up by Sabre Holdings 18 years ago, Travelocity revolutionised air travel by becoming the first web platform that gave consumers the ability to buy their air-tickets without going through a conventional travel agent – something which now appears quite normal to all of us but which has transformed in depth the way we travel, and has kept airlines on their toes ever since.

Travelocity is the second on-line business to have been sold by Sabre Holdings in as many months, having already disposed of Lastminute.com in late 2014.  Just as Sabre’s competitor Amadeus did in 2011 when it sold Opodo.com to a private equity consortium that then merged it with eDreams and GoVoyages to form OdigeO, Sabre appear to be moving away from the front-end applications; they will concentrate on their transactional back-end systems that process airline tickets sales, car rentals and hotel reservations, rather than the more marketing-oriented consumer-facing activity of generating those sales.  Does that mean that Travelocity’s iconic Roaming Gnome has lost some of his magic?

Whilst Travelocity’s brand awareness remains one of the highest in North America among on-line travel operators, the rapid emergence of numerous competitors in the past 15 years has caused the industry to fragment.  Travelocity did not manage over that period to maintain its share of what was nonetheless a growing market, and let go of several thousand employees to remain afloat.

Seeking Salvation through an Alliance: Partnership or Shackles?

In 2013, a weakened Travelocity signed a partnership deal with rival Expedia which allowed it maintain its independence in terms of sales and marketing but handed over the search engine activity and data processing over to Expedia.  From then on, the two brands sharing one engine would be conjoined twins, with two personalities but one back bone. Such an alliance can of course generate significant synergies in terms of sharing costs, in particular for the continuous development of systems which constitute a considerable part of on-line travel companies’ operating costs.  However, beyond seeking cost synergies, there is even more to gain for on-line travel companies by focusing on top-line growth and generating not just more sales of travel services but improving the ir other key stream of revenue: contextual advertising.

The type of search an on-line user makes on a travel website says much about that person’s circumstances, preferences, economic status and possibly that person’s mood too: what a perfect opportunity to select and display the advertisements that will really hit the mark!  On-line travel operators can feature advertisements for goods and services that correlate perfectly with the user’s travel enquiry, and display these when that user is most receptive to their message. As such, advertisers are prepared to pay a high price in terms of cost per thousand contacts, because the targeting of those contacts is incredibly more focused than could ever be achieved with other “blanket” forms of advertising, such as magazines, outdoor posters or audio-visual media.

To capture that significant part of Travelocity’s value-chain, there would have been few options for Expedia other than to acquire roaming gnome’s company and take control of its marketing and its sales of marketing space.  Conversely, having relinquished its search engine and transaction processing and handed those activities over to Expedia, it would have been hard for Travelocity to extricate itself from a partnership that did not offer much of an exit opportunity.  This may explain the relatively modest price of USD 280 million paid by Expedia to acquire the Roaming Draft, not an insignificant sum of money of course, but quite lacklustre all the same in the world of on-line leisure compared to the impressive USD 2.6 billion paid last year by Expedia’s competitor to acquire the on-line restaurant booking service OpenTable.

Partnering Travelocity with Expedia will have turned out to be a smart move for Sabre Holdings: joining forces allowed Travelocity to enjoy top-line growth rather than continue to dwindle; since from that angle Sabre Holdings were given USD 280 million cash on the table for a business that might otherwise have experienced continued decline.

Expedia have paid a very reasonable sum for a brand that enjoys strong consumer awareness and an unrivalled and very unique visual personality: the Travelocity Roaming Gnome introduced in 2004 was temporarily phased out but brought back to prominence shortly afterwards when Travelocity changed advertising agency and fully realized the power of that brand figure.

A perfect win-win some will say.  But what about us, the millions of travellers who use these services to roam the world, not as Gnomes but as tourists or business travellers?

Unlike packaged consumer product brands that merge to gain clout in their fight for space on supermarket shelves, on-line travel companies benefit from appearing to the public as being quite fragmented.  This is because unlike the finite length of a supermarket display, the virtual world of the internet offers almost infinite space; and in a market where the customer is seeking the best deal, the ability to compare deals not only within one platform but also across several platforms is of paramount importance.  One way of capturing a bigger share of the market is therefore to offer several platforms as this increases the chances of any user browsing at least one of them when seeking information to plan a trip.   Multiple platforms also allow one same provider to offer users a choice of visual styles and navigation experience, to suit the diverse preferences of consumers.  Priceline.com, OpenTable, Booking.com and Kayak all belong to Priceline Group, while Orbitz Worldwide owns ebookers.com, Trip.com, HotelClub.com, CheapTickets.com, RatesToGo.com and HotelClub.com in addition to their initial Orbitz.com platform.

So will anything change for us travellers who use these on-line travel platforms regularly?  Probably not.  Rumour has it that Orbitz may be acquired soon.  On-line travel companies have moved on from being turbulent start-ups to becoming heavy-hitter companies.  Competition in that industry is fierce – and that is good for consumers.

So yes, this could just be one of those acquisitions that actually benefits the seller, the acquirer and the consumer.  If this really is a win-win-win, the time may have come for the Travelocity roaming gnome to begin to smile.